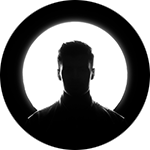 On January 15, 1989, a wonderful, beautiful baby boy was born. It certainly did not take him long to start showing the world exactly how special he was. He decided that he had places to go and at nine months he was walking and exploring this beautiful planet. At 14 months he decided that diapers were cumbersome and were not a necessary part of his life. At two years old he was catching, hitting and fielding baseballs much better than kids twice his age.
This incredible little boy is Mickey Meyer.

As Mickey grew, he continued to win the hearts and catch the eyes of everyone that was fortunate enough to meet him.

From preschool to kindergarten to early elementary school Mickey continued to excel academically, athletically and socially. He was an extremely gifted young man and indeed a gift to everyone. Mickey loved life, his family, his pets, school, and anything that involved a ball.

By the third grade he was playing baseball and basketball year around while making sure that he never received anything but perfect marks in school.

In 1999 Mickey was the catcher for the Brownsburg little league 10-year-old state champions and in 2001 helped take his team to Williamsport Pennsylvania to play in the greatest Little League event of all times: The Little League World Series.

On the afternoon of November 16, 2001, Mickey was walking home from school with two of his good friends. They made it back to his neighborhood and, instead of coming directly home, his two friends decided to tie ropes behind their bikes and begin riding in the cul-de-sac. The plan was to pull Mickey on a skateboard behind the bikes.

Without taking the time to go grab a helmet the boys were soon pulling Mickey at a high rate of speed. While being whipped around the cul-de-sac, the skateboard wheels contacted an in-curb storm sewer grate. The impact threw Mickey several feet into the air, and he landed on the right side of his head. That would be the last time that his eyes were open for many, many weeks.

Mickey was rushed to Riley Children’s Hospital where he immediately went into surgery. Three times in the first 36 hours his family was told to get their preacher. After the second and third long surgeries, they realized how devastating and life-changing this was really going to be. The surgeons, neurologist, and countless other doctors said that if Mickey survived, he would most likely would not walk or talk again.

Weeks went by with Mickey still in a drug-induced coma. After many attempts to wean him off the drugs and ventilator he finally opened his eyes. He could not walk or talk, but he was alive.

The doctors and nurses were amazed. They said had it not been for Mickey’s determination and incredible physical condition he certainly would not have survived. A couple more weeks in the ICU and Mickey was moved to Methodist Hospital to begin a long rehabilitation.

He couldn’t talk – he could only make sounds. He couldn’t walk. And he could not identify objects. He was like a newborn baby who had to learn everything all over again. For 3 months he had the best physical and occupational therapy ever. He regained many of his skills thanks to his determination, encouragement from his family and his wonderful therapists.

A total of 5 months of inpatient physical, occupational and music therapy followed and finally the new Mickey was ready to go home. By this time, he could walk and talk, but still had some right-sided weaknesses.

Returning home after many months created many new challenges and difficulties. Back-and-forth to therapy several times a week, not being able to return to school, and having an extremely uncertain future were all part of devastating new reality.

The relationships with his teammates and the hundreds of friendships that were built over the last several years were no longer intact. The kids were young and not willing to give the new Mickey a chance. He was abandoned by all his peers and his social life now consisted of only family. The loneliness was and continues to be the most heartbreaking aspect of this entire tragedy.

His family got him involved with a bowling league to help with his right-sided weakness, which soon solved the problem. Though he had never bowled before, within a year, he and his partner had won doubles and he had won singles in the City Tournament.

Mickey’s physical recovery has been miraculous. His diagnosis was grim, but he never quit.
20 years later Mickey is able to work part time in the restaurant business. He remains positive and has an infectious smile. Most people who give him a chance feel inspired. However, Mickey’s severe short-term memory issues leave him vulnerable in society and make it virtually impossible for him to lead an independent life. Bowling has become a great outlet for him the past 20 years providing him with some entertainment, friends, and a sense of accomplishment. But it is still not the same as his life once was, nor could have been, were it not for his accident.

Mickey is loved and cherished by his family. They feel very blessed that he was able to pull through a very critical life-and-death situation and remains a part of their lives. And yet, their hope is that Mickey’s story can touch one parent, one grandparent, or one friend to remind their loved ones to be safe and wear helmets. One ten-second mistake can be devastating and change lives forever.