The Board of Trustees is legally responsible for the governance, control, direction, and management of Villa Licci. Members of this board work closely with the Executive Director to implement all policies and procedures of the organization.

The Founder’s Board consists of several of the initial parents who originally came together to conceive the beginnings of Villa Licci. Members of this board are responsible for keeping the organization focused on its mission of serving the TBI survivor community. 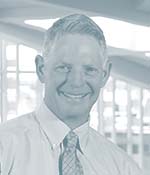 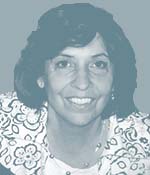 Teresa Schutzman
President
Parent of a TBI Survivor
About Teresa 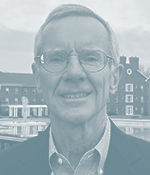 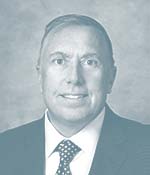 Daniel Chamberlain
Board of Trustees
Attorney
About Daniel

David Morton
Board of Trustees
Builder/Realtor
About David 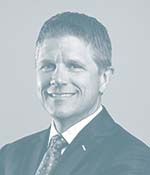 Carson Shadowen
Board of Trustees
Investment Advisor
About Carson 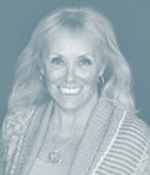 Kathyleen E. Tompkins
Board of Trustees
Founder and Owner of
Unity of Indiana
About Kathyleen 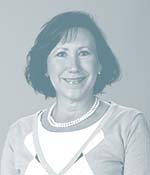 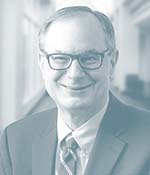 John Schutzman
Board of Trustees
Parent of a TBI Survivor
Cardiologist 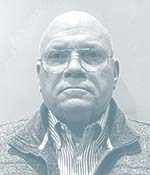 The Advisory Committee shall be comprised of parents of survivors, volunteers, staff and facilities operations.

The purpose of the Advisory Committee is to provide input to the Board of Directors regarding the business of Villa Licci, including strategy, design, operation, and management of the corporation. Members of the Advisory Committee shall be parents of children with a TBI, non-parental caregivers, TBI therapists and practitioners, leaders of TBI support groups as well as others who have a relevant perspective on the challenges of individuals with a TBI.

The Advisory Board is comprised of experts in their ﬁelds and directly impacts the mission of Villa Licci by providing insight and education on issues aﬀecting the residents and overall community.

Board Nominations and Policies

The Executive Director and the Board of Trustees accept self-nominations for prospective board members. Elected directors serve an initial 1-year term and may be re-elected to a 3-year term after demonstrating their commitment to Villa Licci.

To learn more, please review the important information found in the documents to the right.

Board of Trustees Bylaws

Questions? Please contact Richard Sontag, Executive Director: [email protected] or 317-439-8028
John Fitt
Chairman
John Fitt is the father of a son who suffered a Traumatic Brain Injury in 2001. John retired from Corteva Agriscience in 2022. When he retired from Corteva he was the Director of R&D Operations leading the R&D Operations sub-function within Research & Development. In this role he led several R&D work streams including Central Administration, R&D Resource Planning and Operations, Technology Acquisition and Licensing, Research Excellence and Execute to Win. He was a member of the R&D Leadership Team. John joined the agriculture division of The Dow Chemical Company in 1986 as a Field Biologist before moving to Indianapolis in 1990, where he held biology and regulatory R&D roles. In 1996, he accepted a commercial role as Global Business Development Leader for Insecticides and later Global Product Success Leader. In 2001, he became General Manager of Pytech Chemicals GmbH, a joint venture between Dow AgroScience and Danish company Cheminova. He returned to R&D in 2005 and held several roles including Commodity Insecticides R&D Leader, Government and Regulatory Affairs North American Leader, Centers for Biology Excellence Leader, and Enabling Capabilities Technology Center Leader. As Director of R&D Operations for Corteva, John also served as R&D Transformation Office Integration Leader and R&D Execute to Win Workstream Lead. He has bachelor’s and master’s degrees in entomology from Texas A&M University.
Teresa Schutzman
President
Teresa has been married to her husband John for 39 years and together they have 6 adult children and 14 grandchildren. For over 15 years, she has been a caregiver for one of her daughters, who suffered from a TBI at the age of 20. Her education and work background includes master’s degrees in both Education and Dogmatic Theology, teaching at the junior high and high school levels, and coaching college basketball. She is a member of Legatus, an international organization for Catholic professionals and business leaders and a founding parent of Villa Licci.
Patrick Thompson
Treasurer
Patrick Thompson earned BS and MBA degrees from Indiana University. He recently retired from Cigna after enjoying a 35-year career in their Real Estate Investment Division. Most recently as a Managing Director, Patrick was responsible for identifying, underwriting, gaining approval of and closing commercial mortgage loans and joint venture apartment developments in assigned regions. His previous areas of responsibilities at Cigna included asset management of wholly-owned and structured real estate equity investments, commercial mortgage loan sales and workouts of non-performing loans in many major U.S. markets. He is now consulting.
Daniel Chamberlain
Attorney
Daniel Chamberlain is a Partner at Cohen & Malad, LLP., an Indianapolis-based law firm. Cohen & Malad, LLP attorneys represent consumers in Indiana and across the United States in catastrophic, brain, and spinal cord injuries, construction site falls, medical malpractice, birth trauma, and other claims. Dan Chamberlain was named one of the top 50 Indiana lawyers and is a member of a select group of attorneys that is Board Certified by the National Board of Trial Advocacy (NBTA) and a member of the American Board of Trial Advocates (ABOTA). He has served on the Executive Committee and Board of the Brain Injury Association of America (BIAA), the Brain Injury Association of Indiana (BIAI), and the Indiana Trial Lawyers Association. In 2014, Dan was selected to represent the BIAA at the US Capitol and has served as a corporate sponsor of the BIAI since 2000.
David Morton
Builder/Realtor
David Morton is a state licensed realtor and member of the National Association of Realtors. He has worked nearly 30 years as a designer, builder, manager, and developer of single- and multi-family homes, including those for people with ADA and aging-in-place needs. David has experience managing all aspects of an active portfolio of real estate holdings – acquisitions, construction, sales and marketing, and property management. His civic involvement includes witting on the boards of several public, private, and religious enterprises.
Carson Shadowen
Investment Advisor
Carson Shadowen has over a decade of experience in raising funds for various charities. He has been involved with the American Diabetes Foundation, Heroes Foundation, Boys and Girls Club, Sigma Nu National Fraternity at Purdue University, and the Indianapolis Symphony Orchestra.
Kathyleen E. Tompkins
Founder and Owner of Unity of Indiana
Kathyleen Tompkins began her professional career in 1981 and has since earned various degrees and accreditations in the human services field. Her degrees include a BS in Secondary Education from Indiana University and an MSED in Special Education from IUPUI, along with numerous professional certifications in social services and other organizations. She has extensive experience with community services to individuals with Autism, Mental Retardation, Traumatic Brain Injury, Cerebral Palsy, Fragile X Syndrome and other physical limitations. She previously managed group homes providing services to individuals with Autism followed by continued work with other developmental disabilities through Alternative Family Programs and Medicaid Waiver services. Through her work with Unity of Indiana, she has contracted with the Department of Education since 1998 to provide additional needed school services and wrap-around services.